“There’s a knock on the door. Whether or not the belongings are packed, the kids are ready, or the new plan is put in place, it no longer matters. The eviction has begun: it’s time to leave.”

This statement, based on Matthew Desmond’s 2016 best seller, Evicted: Poverty and Profit in the American City, greets the visitor at the entrance to the exhibit at the National Building Museum.

Evicted chronicles the lives of eight families who struggle to maintain their housing in the city of Milwaukee. We follow the heartbreaking stories of hardship and loss, and gain insights into the perspectives of landlords and local government. The story of evictions, Desmond tells us, is repeated millions of times each day throughout the country, and no region is immune from this national tragedy. Forced displacement can happen in rural areas, in the suburbs or in the midst of the city. 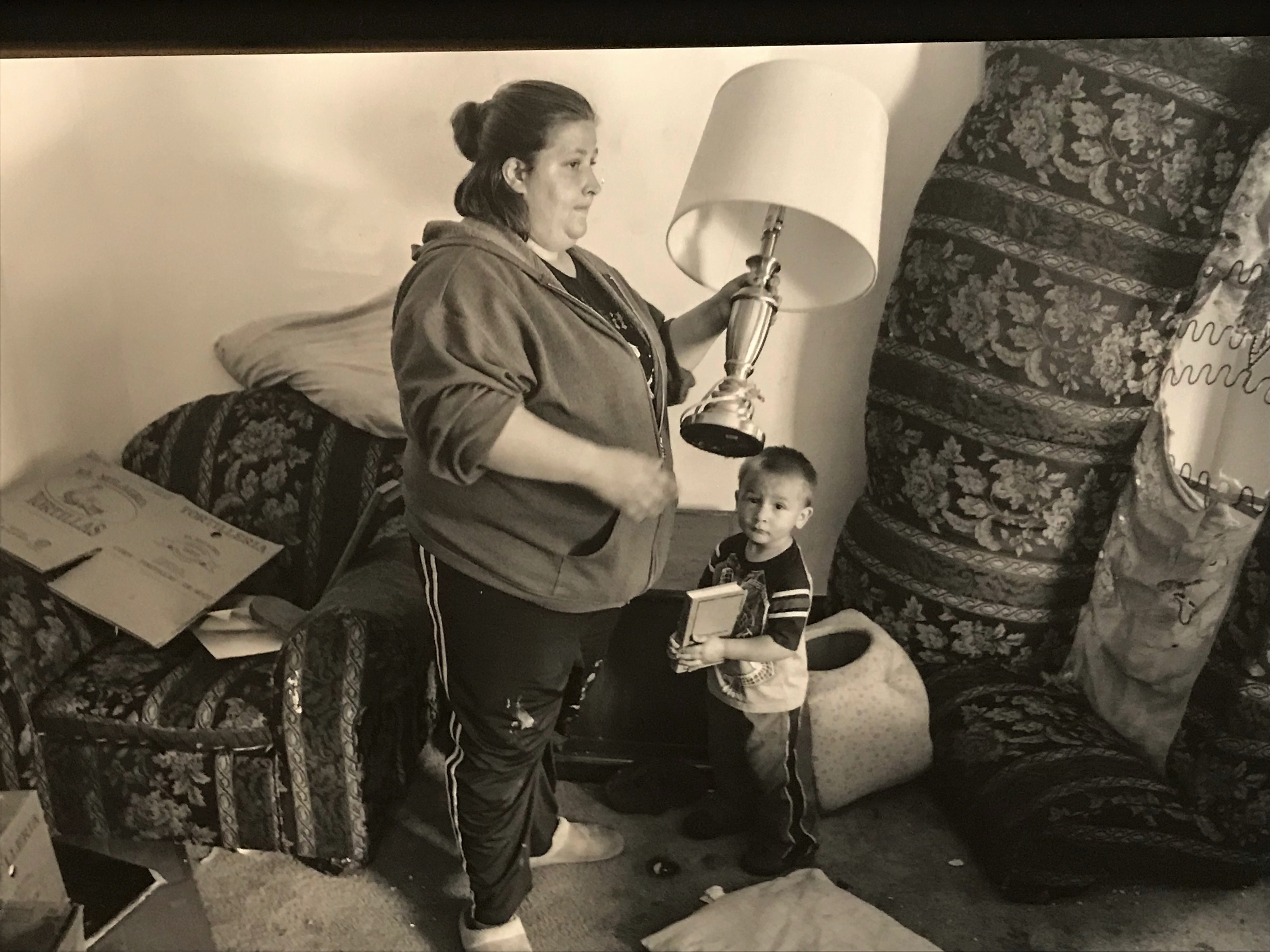 What is the magnitude of the problem?

It’s in the millions. In 2015, there were over 2.4 million eviction filings, each with its own story of complications and loss. By comparison, Desmond tells us, this is almost equivalent to the number of foreclosures starts at the height of the housing crisis in 2009. Yet where is the national response?

How do we begin to tackle the eviction crisis?

Discussions about poverty and income inequality have increasingly become part of our national dialogue, re-focusing our attention on Desmond’s work. These conversations re-affirm a basic premise – housing instability is a significant factor for those families and individuals trying to lift themselves out of poverty. When your housing is precarious due to significant rent burdens, or you live in overcrowded or unsafe housing, it’s almost impossible to maintain a job, or learn in school. The uncertainty and fear of eviction produces anxiety and stress for all family members.  Desmond calls this the new face of housing in America.

Quantifying the problem and learning from the data

In 2016, Desmond and his team at Princeton began collecting eviction data to better understand the scope of the problem, and to identify characteristics and patterns in the eviction process that could point to possible solutions. As a result of their efforts, the Eviction Lab was created – the first nationwide database for evictions developed through reviewing court records across the country. While the team has recorded 83,000 evictions filed since 2000, the scope of the problem is overwhelming. To present a more accurate and complete picture of evictions, Desmond is calling upon housing practitioners to submit local eviction statistics to help build the database.

Although analysis is just beginning, there are some general observations that can be made to inform possible solutions that help residents:

Richmond – the Eviction Capital of the Nation

In 2015, 150,541 evictions occurred in Virginia, and this is probably a conservative estimate. The data only show households that were evicted in a legal proceeding, and not those cases where people moved with an informal warning. Richmond, Hampton and Newport News have some of the highest eviction rates in the country. Why do these cities have such high eviction rates, and what can we learn from these alarming statistics? 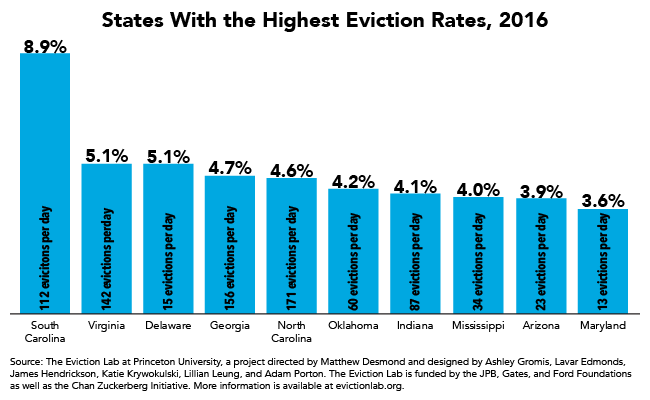 Responding to the eviction data that has come to light, civil legal aid attorneys and affordable housing advocates from across Virginia have formed a new coalition – the Campaign to Reduce Eviction (or CARE) – to slow the rate of evictions in Virginia.  Formed under the leadership of the Virginia Poverty Law Center, the group will meet in Richmond this month to kick off their work. Given the eviction crisis that’s taking place in the Commonwealth, their deliberations will be worth following.