The Virginia General Assembly included additional resources for housing in the FY17-FY18 budget that was just adopted. Our colleagues at the Virginia Housing Alliance developed a helpful info sheet to summarize the new funding allocations. Here’s some of what passed:

Background: The FY15-FY16 budget included $8 million over the biennium for the HTF. Governor McAuliffe proposed an increase of $6 million a year creating a $20 million HTF over the biennium in his FY17-FY18 budget, however both the House and Senate reduced this funding. The House version removed any increase and instead increased rapid re-housing by $3 million with an emphasis on serving veterans, victims of domestic abuse and persons with mental illness. The Senate version added an additional $4 million over the biennium to the HTF. The final recommendation moved the $3 million from rapid re-housing into the housing trust fund, providing an additional $1.5 million per year.

Permanent Supportive Housing – PSH received an increase of $4.3 million over the biennium to provide housing and support services for 150 additional individuals, bringing the annual appropriation to $4,270,500.

Rapid Re-housing – RRH stayed at the same level as the previous budget, receiving $2 million from the General Fund over the biennium.

Fostering Futures – The conference report included $1.9 million from the General Fund and $3.9 million in federal matching funds over the biennium to extend foster care and adoption assistance including housing supports to age 21 for youth “aging out” of the foster care system at age 18. We note that the fastest growing segment of the homeless population are youth ages 18 – 24. 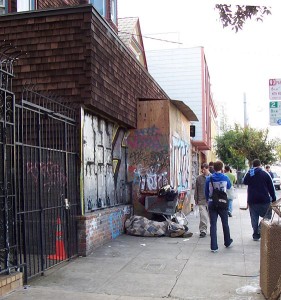 ID/DD Rental Assistance – Department of Behavioral Health and Developmental Services will receive $2.3 million in the first year, and $4.2 million the second year for rental assistance and the Rental Choice VA Subsidy Program.

PACT Funding – PACT received $4 million over the biennium to provide two new PACT teams, bringing the total number of teams to 24 in the state.

While we appreciate the increase in the state’s housing trust fund, we believe it is modest, and think that the state should do more. We note that in FY16, Arlington County (pop. 250,000) allocated $12.5 million in general tax revenue and recordation fees to its Affordable Housing Investment Fund.  Given the unmet needs in the Commonwealth, Virginia can and should make more substantial investments in housing. The Governor himself acknowledged the importance of workforce housing to our economic success in his report on Virginia’s New Economy.