Housing advocates should be pleased with the results of the recently adopted fiscal year budgets in Alexandria, Arlington and Fairfax County. While housing affordability has been a persistent challenge for a growing percentage of NoVA’s population, advocates have leveraged the Amazon HQ2 announcement in November, and growing sentiment of housing as a regional concern, to make the case to elected officials for additional financial resources.

Here’s how housing fared in a select number of local FY2020 budgets. Our emphasis is on new, local revenue above FY2019 levels for housing preservation or production:

Fairfax County FY2020 budget included $15 million for the Housing Trust Fund. New funding: $5,000,000. BOS budget guidance for FY2021 directed the County Executive to identify revenue equivalent to the value of one cent of the real estate tax – $25.5 million – for new construction, and a half cent devoted to housing preservation. This guidance follows the recommendations of the Affordable Housing Resource Panel to the Board of Supervisors in March 2019 and would potentially be the new baseline for the county’s Housing Trust Fund.

Loudoun County has approximately $22 million in their housing trust fund (funded through shared equity of sales and cash buy-out of ADUs). They have developed guidelines for development proposals, hired 4 full time staff to address legal and economic development aspects of housing, as well as evaluate and administer their fund.

Other significant budget items: Arlington and Fairfax County each provided funding for a new position of Housing Coordinator to expedite affordable housing development proposals through the approval process. Alexandria and Fairfax County each created a legal fund for immigrants facing civil deportation, and the City of Alexandria funded a new position of racial and social equity officer.

Regionally, the Housing Leaders Group of Greater Washington announced their Capital Regional Housing Challenge, calling for a collective effort across multiple sectors and jurisdictions in the region to secure a $1 billion investment in housing affordability by 2020. And last week, JBGSmith announced the initial closing of their Impact Pool to support the creation and preservation of affordable workforce housing across the DMV.

Hats off to those who attended countless community meetings, met multiple times with elected officials and persisted in their advocacy for housing. Working both locally and at the state level, housing advocates were successful in obtaining significant budget increases. Let’s take a moment to savor our accomplishments, but with momentum on our side there’s work to be done, so let’s get to it. 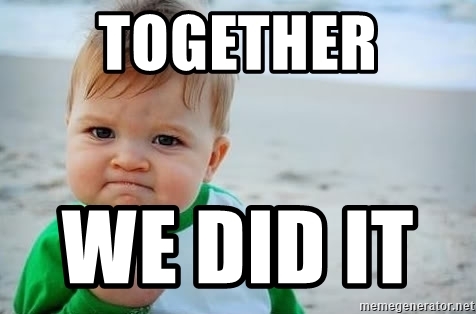