Rent or Own? Our National Housing Question

For years, homeownership has been a marker for achieving the American dream. 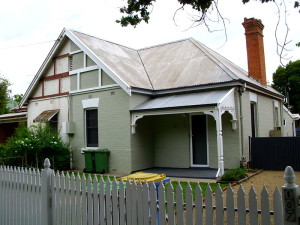 The proverbial “house in the ‘burbs with a white picket fence” was seen as the successful pinnacle of that dream. Concurrently, families who rented housing were viewed by many as more transient, less committed to the neighborhood, and having fewer roots in the community. Less desirable. However the last economic downturn – the Great Recession starting in 2008 – turned that notion on its head and has for a time, at least, left a generation rethinking this traditional marker of achievement and what constitutes success.

For the first time, it is now more desirable to rent precisely because a combination of factors has made it harder to own a home. And those who do rent find that they pay more for the same housing. Example: In 1980, renters in the bottom fifth of earners spent 53 percent of their incomes on rent. Now they spend 63 percent. As a result, many have called for fresh thinking around our notions of housing tenure and our national policies that promote homeownership.

What’s even more troubling is the fact that two-thirds of homeowners don’t even itemize their deductions; they use the standard deduction instead because it usually exceeds the amount of interest paid on their mortgage loans. Which means that rather than encouraging homeownership among low and moderate income buyers, the mortgage interest deduction has become a strategy for a specific subset of tax payers—wealthy homeowners—who are more likely to itemize their deductions. 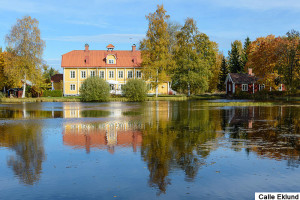 Wealthy Americans will buy expensive homes with or without tax credits.

As a recent New York Times guest editorial stated, “As higher-income taxpayers are more likely to own expensive homes or vacation homes, have larger mortgages and pay more in interest, the mortgage interest deduction gives them an incentive to buy expensive homes. The one thing it does not do is give middle-income taxpayers an incentive to buy a moderately priced home.” And of course, the implications for lower-income households, very often renters—who are on the rise—is worse.

We need to right-size our housing policies to support the production of affordable rental housing by creating a more equitable share of federal resources between homeownership and rental housing programs. Today’s growing affordable housing crisis and the absence of a robust national policy to address it stands in stark contrast to the $75 billion tax expenditure for the mortgage interest deduction that supports the top income earners. Certainly the benefits of homeownership were tested during the mortgage crisis, and many former owners will remain renters.  And for the largest demographic cohort, some trends predict that millennials will continue to locate in urban areas and rent, delaying or even foregoing homeownership. Our national policies should acknowledge these shifts in preferences and allocate more resources to the production and preservation of affordable rental housing and less to mortgage subsidies for the wealthy.