Local government officials and community development activists have watched with concern and alarm as SB549, an anti-proffer bill, moved swiftly through the Senate. Promoted by the home builders association and sponsored by Sens. Richard Saslaw and Mark Obenshain this legislation significantly limits the ability of local governments to negotiate proffers with developers for needed infrastructure and community amenities. The bill passed the Senate in a 29-8-2 vote on Feb 9. A companion bill, HB770 passed the House in a 68-27-2 vote on Feb 4.

Originally, the focus of this legislation was on fast growing counties in the Commonwealth that impose a set dollar amount per residential unit to address infrastructure needs from the anticipated growth. Over time these fees have become excessive, with some as high as $48,000 a single family dwelling. Also troubling is the inability of some of the localities that were charging these fees to account for how these funds have been spent. 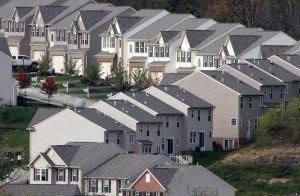 However, a disturbing but perhaps unintended consequence of these bills is that it is unclear what impact they will have on negotiations between developers and local governments regarding site plans approvals for a rezoning application in a higher density, mixed use development. Many of these areas located in Northern Virginia – Tysons, Seven Corners, the Route 1 corridor – obtain community benefits  such as contributions to parks and open space, affordable housing funds (or affordable units), stormwater management, and public facilities other than schools – all are excluded as eligible proffers in the legislation.

In a letter to the Northern Virginia delegation, Fairfax County Board Chair Sharon Bulova stated:

“Developers often tell us that they prefer flexibility to negotiate a wider range of items – this bill would limit that flexibility by prohibiting them from including libraries, workforce housing, and other public facilities in those negotiations. Passage of this legislation would severely hinder our ability to work with developers to address the concerns of our shared constituents. In addition, developers will be negatively impacted if they no longer have the flexibility to negotiate a wider range of proffered improvements, because they may be precluded by this legislation from qualifying for density bonuses or similar higher density redevelopment options in the County’s Comprehensive Plan.”

Advocates from the affordable housing community as well as commercial developers (who had not been consulted by the home builders in advance) voiced their strong opposition to these bills, but both bills moved through the legislative process so fast that it was too late. The bills will be sent to the appropriate committees at crossover on Feb 17, and if adopted will be sent to Governor McAuliffe for his signature. That is the last chance for advocates to make their case that this legislation removes land use control from the purview of local governments in concert with its citizens, and applies a clumsy, one-size-fits-all approach to growth and development.

We will keep you updated on the progress of these bills and the next steps!